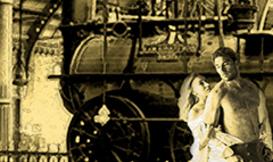 Set during  the British Raj, this historical murder mystery takes place in the  fabled city of Lucknow, where the extravagant tastes of the wealthiest rulers on earth  created an earthly paradise in the midst of war.  Illustrated with British Raj photography. 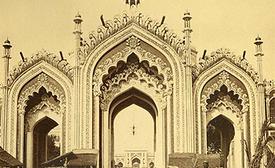 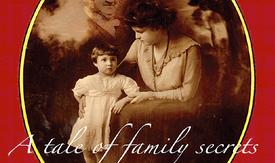 "McKee masterly handles mood and tone, not to mention plot twists and turns. The cover, designed by the author, neatly captures the book’s otherworldly photographic sense."

"Shadows of Empire sends the reader through a roller coaster ride of adventure and intrigue. The story quickly grabs the reader and immerses them in a world of secretive East Indian culture and forbidden love. If you love a mystery that keeps you entertained to the last page, this novel is for you."

Britain's railways were built on the backs of mighty men who tunneled under cities, laid iron roads across swamps, lived like animals and died like heroes; a handful even became rich and consorted with royalty.Meet them in the pages of this huge sprawling saga of Great Britain's railways.

Who was Jack the Ripper? From
the murky alleys of Victoria's Whitechapel,  Jack the Ripper was spawned. Discover how the fiend committed horrific crimes while all London  was searching for him on every side. Read period news stories written at the time of murders with historical photographs.

T. Coker
5.0 out of 5 stars A Stunning and Entertaining Glimpse into the Beginning "Railway" Era
Reviewed in the United States on Amazon.com

"The novel is stunning in its depth, amassing a large cast of characters that come from all walks of life and that really give the reader a true glimpse into the "Railway" era...  Mr. Mckee has a talent for storytelling that uses history as the backdrop and builds off of this truly lively era to weave a fantastic story.